What's the Difference Between a Regular Battery and a Deep Cycle Battery?

A " lead-acid" battery is another name for a regular automotive battery. The science behind battery production may appear to be complicated. The essential constituents of all batteries are the same. They have a positive and negative terminal, as well as an electrolyte fluid, which is typically acid. The electricity can travel between the positive and negative contacts thanks to this fluid.

A typical battery, such as one seen in a car, produces power in brief spurts. These electrical "bursts" are then utilized to "crank" start a motor, such as an automobile engine. An Alternator is used in many motors, and it is used to replenish the battery.

A deep cycle battery works in a unique way. Have you ever ridden in an electric car or bicycle? Were you taken aback by the car's quiet operation? This is due to the fact that it uses deep cycle batteries.

Which Is More Effective?

Each battery serves a distinct function. Each battery has its own set of industry measurements.

The power generated by a common automotive battery is measured in "Cold Cranking Amps" by engineers. The amount of current a charged battery can provide is measured in cold cranking amps. They usually take a 30-second reading of the current. For the test, the battery should maintain a voltage of 7.2 volts (12-volt battery) at -18°C.

Short bursts of electricity are measured by cold cranking amps. However, it does not keep track of power consistency over time.

The Reserve Capacity of a deep cycle battery is a measurement. A battery's ability to deliver 25 amps at 80°F while maintaining a terminal voltage of 1.75+ volts per cell is measured in minutes.

A deep cycle battery may only provide half the Cold Cranking Amps of a car battery. It will have 2-3 times the Reserve Capacity, however.

Each is powerful, yet they use their electrical charge in different ways depending on their intended use. 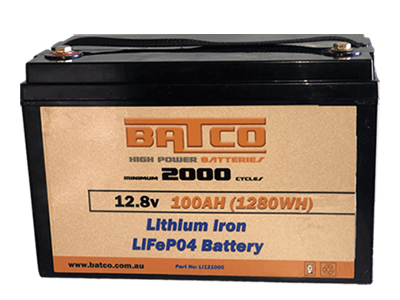 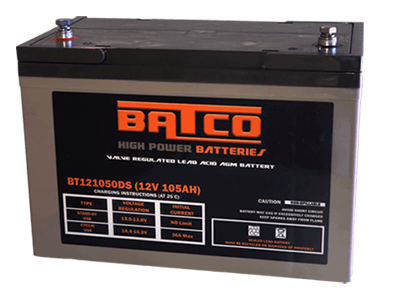 A conventional battery and a deep cycle battery charge in completely different ways.

A deep cycle battery should be used until all of the electricity has been used up. To recharge the battery, the user just connects it to a power source. This can be done hundreds of times by the user.

A typical automotive battery only discharges the battery by 1-3 percent every time it is used. The battery is subsequently recharged by the vehicle's alternator. In fact, it's possible that it'll never lose more than 20% of its charge during its lifetime. This type of battery should not be charged manually on a regular basis. The battery may be harmed as a result of this.

Is It Possible To Swap These Batteries?

Because they share the same components, these batteries may theoretically be swapped out. However, this is not advised. The ordinary automobile battery is designed to be used for a limited period of time. Its metal platings aren't meant to be used indefinitely. In fact, at such great strength, they can warp in a short period.

Deep-cycle batteries, as the name implies, are designed for longer, more frequent use. Users frequently use the battery to the point of exhaustion.

Is there a battery that can be used as both a deep cycle and a regular automobile battery in 2019? Yes. A dual-purpose battery has been developed by inventors. This can produce both short-term power bursts and longer-term lower-level power.

Is this the end of these kinds of batteries? Not anytime soon. The two battery kinds' physical designs are too dissimilar. It is impossible to create a single design that works well in both batteries.

It is still suggested that you purchase either a conventional or deep cycle battery. This way, you'll get a battery that will provide you the power you need.

How Do You Pick the Best Battery for Your Needs?

A well-chosen battery, whether deep cycle or normal, is critical to your business. It has the potential to determine whether you succeed or fail. The longevity of your machinery or its rapid deterioration as a result of improper powering.

For many years, Batco Batteries has assisted businesses in selecting the proper batteries. Even in harsh situations, these batteries can meet their mechanical requirements.

Check out our entire blog or give us a call to learn how we can assist you in doing the same.